Yesterday was International Women’s Day. This sort of related to that, but not entirely.

For me personally, it seems really wrong to “celebrate” the day by giving flowers to women. It feels contrary to what the day is about. However, I really like the idea of giving people a little something to show them I appreciate them. I think that’s a nice thing to do.

I can still do that, right?

This year, I’ve spent most of the day after IWD drawing little flowers, taking pictures of them, and sending the pictures to people around me that I want to show some appreciation for.

I drew you a flower, because you’re good people, and I felt like it.

In the end, I’d made twenty five flowers that I’ve sent out to friends of mine. You can see them here, although I did blur out the names – just in case.

These are in chronological order, and as you can clearly see, my drawing skills improved with practice. Don’t worry if you can’t draw though. It’s not about how it looks; it’s about doing it yourself.

Give it a try. Send someone a flower. 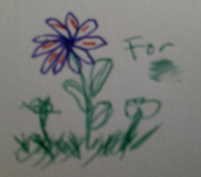 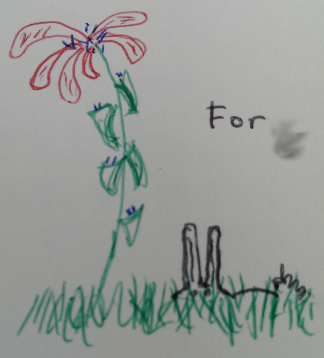 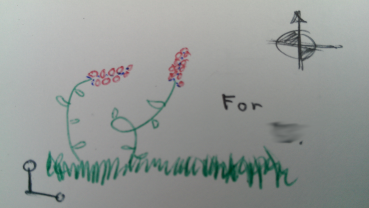 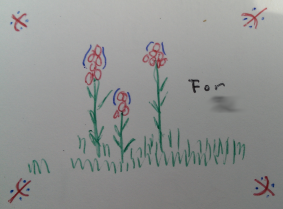 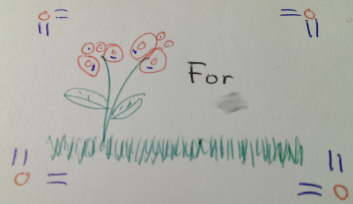 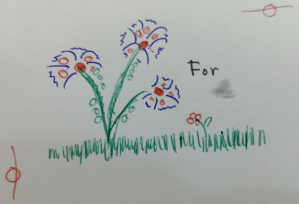 Originally, I drew flowers only for women I know, but then it occurred to me that I have male friends who’s company and existence I appreciate. I should try and do something for them as well.

At first, the thought of drawing flowers to send to guys seemed a bit weird to me. Who am I familiar enough with that it won’t be awkward? I mean… It’s not like… You know… Whatever…

Equality, right? I can send pictures of flowers to my male friends if I want to.

Seven of the flowers above were sent to men I know. It would have been cool if the split was fifty-fifty, but it didn’t happen, and now I’m tired. It was tricky coming up with male friends I was comfortable sending the pictures to, and I didn’t want to just force it to meet some quota. Then again as I’m writing this, names keep popping up.

How to draw a flower?

The tricky part is actually sending the flower to someone when you don’t quite know how they will react to it. So far, the reactions I’ve had have been positive, and in all honesty I expected most of them to be, but I was still a bit nervous in some cases.

Then again, comparing the first flower I drew this morning with the last few it’s kind of obvious that improvement comes with practice. That said, I did draw the most “important” one first.